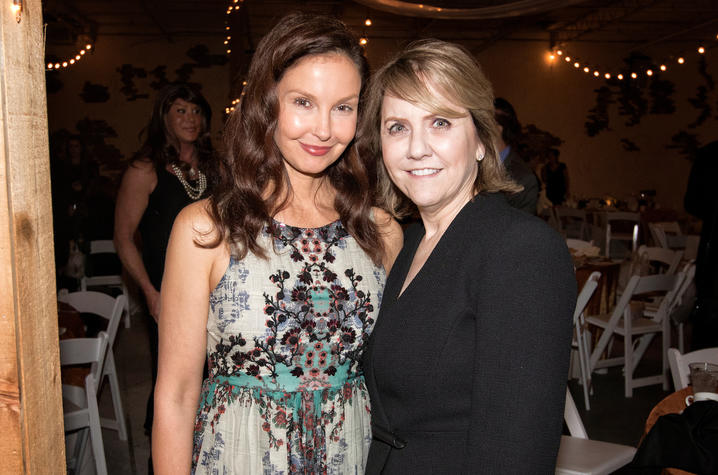 Ashley Judd (left) and Carol Jordan (right), executive director of the University of Kentucky Office for Policy Studies on Violence Against Women.

The Office for Policy Studies on Violence Against Women (OPSVAW) in the College of Arts and Sciences has selected four graduate students to receive awards and support during the 2018 academic year.

The students were selected following a competitive proposal process the OPSVAW holds each year. Student support is among the top priorities of the OPSVAW, and the 2018 academic year will see the office fund one research assistantship and three graduate fellowships through three funding mechanisms.

The Ashley T. Judd Distinguished Graduate Fellowship is being awarded to Helen Kras in the Department of Political Science.

The fellowship was created in 2017, making 2018 the very first year the fellowship will be awarded to a student. Ashley Judd, who is a University of Kentucky alumna, feminist and social justice humanitarian, has a long history of working internationally with nongovernmental organizations, grassroots organizations, governments and supranational bodies. She currently serves as global goodwill ambassador for the United Nations Population Fund (UNFPA), is the global ambassador for Population Services International and for Polaris Project. She serves on the advisory board of International Center for Research on Women and is chairperson of the Women’s Media Center Speech Project: Curbing Abuse, Expanding Freedom.

After graduating from the College of Arts and Sciences, Judd earned a Master of Public Administration degree in 2010 from Harvard University’s Kennedy School of Government. Her paper, "Gender Violence, Law and Social Justice," won the Dean’s Scholar Award at Harvard Law School. Judd, who is also an actor on film and stage, has been nominated for several Golden Globe and Emmy awards.

“It is a deep pleasure to congratulate Helen Kras for her scholarship and diligence. I’m so pleased her work on intimate partner violence has been acknowledged and that she is the 2018 recipient of the Ashley T. Judd Distinguished Graduate Fellowship. In particular, I’m grateful her work includes multiple country surveys and data collection; Ms. Kras’ research can help both inform knowledge and shape policy. I will be watching her career with interest,” Judd said.

“We are extraordinarily pleased to see the promise of the Ashley T. Judd Distinguished Graduate Fellowship, through which we honor Judd, come to life for the first time this year. We believe the support her fellowship will give to graduate students in this year and beyond is a rightful way to honor her efforts to end violence against girls and women. The fellowship is an exceptional chance to inspire the next generation of scholars and activists,” Carol E. Jordan, executive director of the Office for Policy Studies on Violence Against Women, said.

Kras is a second-year doctoral student. Her research focus is on violence against women in Latin America. The fellowship will allow her to conduct a pilot survey based on college student samples in Brazil, El Salvador and Mexico; and to work on her dissertation titled “The Politicization of Intimate Partner Violence: How Victims and Non-Victims Form their Opinions about Government.” 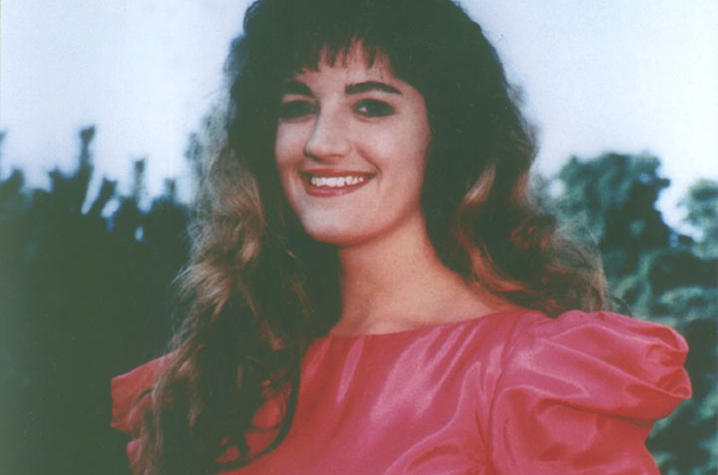 The Mary Byron Research Assistantship is being awarded to Caitlyn Hood in the Department of Psychology.

The assistantship is named for a 21-year old woman who lived in Louisville, Kentucky. In 1993, her abusive boyfriend was arrested for kidnapping and raping her. She asked local law enforcement and corrections officials to notify her when he would be released from jail as she knew how dangerous he was to her. At the time, however, no automatic notification system was available, so Byron did not receive an alert. On her 21st birthday while leaving work, her ex-boyfriend brutally shot and killed her. Byron's death led to creation of the statewide automated victim notification system (V.I.N.E.®), a first of its kind resource for crime victims. The OPSVAW honors Byron's life through the assistantship.

“We take this opportunity to advance the careers of these young scholars while also teaching them that there are real women behind their research,” Jordan said. “I believe we help give profound purpose to their academic careers as they also add to the field with their scholarly contribution and maturing expertise.”

Hood is a second-year doctoral student. Her research focus will be on expanding an understanding of chronic pain in women with interpersonal trauma and post-traumatic stress disorder (PTSD). Her research will utilize a lab-based model to evaluate pain sensitivity in college women. She expects women with interpersonal victimization and those with higher PTSD symptoms to experience altered pain sensitivity to trauma reminders.

Office for Policy Studies on Violence Against Women Graduate Fellowships

The OPSVAW also funds students through its own graduate fellowship program. Two students will each receive one of these fellowships to support their work:

For additional information regarding graduate student support, contact Carol E. Jordanor refer to the website of the OPSVAW.

UK is the University for Kentucky. At UK, we are educating more students, treating more patients with complex illnesses and conducting more research and service than at any time in our 150-year history. To read more about the UK story and how you can support continued investment in your university and the Commonwealth, go to: uky.edu/uk4ky. #uk4ky #seeblue